by John Logan in the December 2001 RootesReview:

Sunbeams, like other small cars, suffer from having small closely spaced taillights that could lead drivers closing in behind you to think they have more time to react than they have.

How can this be improved?

Add tail lights! It is difficult to increase the spacing of the lights beyond the fenders but it is very easy to double the brightness of the taillights and increase their apparent vertical length.

By replacing the upper single sockets with double filament sockets and wiring the extra low wattage filaments to the lower running lights, we will now have a total of four bulbs when the running lights are on.

Steps required to make the change.

First you have to find two lower, double filament sockets. I got mine from Russ Eshelman, but there are almost always housings with sockets at swap meets. In the early housings the sockets simply snap out. In the later housings you have to bend the retaining tabs on the sockets to get them out. 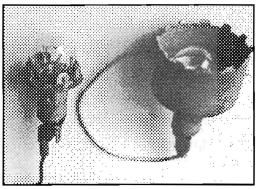 Next; make up two eight-inch jumper wires with female spade connectors on one end and 5/16 of an inch of the insulation stripped off the other ends.

Reconnect the wires to the sockets with the new wires connected to the new low wattage spade connectors of the new upper sockets.

The heat of the extra bulbs may cause the plastic lenses to deform. So far I haven’t had that problem and the lenses don’t feel very hot. If a problem arises I will drill small vent holes in the top and bottom of the housings.
It is against the law to have amber rear running lights, so those of you who want to retain the European amber turn signal lens should not make this modification.

You now have reduced the possibility of being rear ended at night!