The Ford Toploader transmission was introduced in 1964 to replace the Borg Warner T-10. This is the super-tough transmission built by Ford Engineers to stand-up to just about anything demanded from it.

Internal parts of the Toploader are assembled through the top of the case instead of through a side cover, thus the name “Toploader”. This design is actually stronger than a 4-speed box with a side cover. The shifter shafts are mounted in bosses that are cast into the box itself, leaving the only function for the top cover to keep the lube inside.

The Toploader 4-speed transmission is of the fully synchronized type with all gears except the reverse sliding gear being in constant mesh. All forward speed changes are accomplished with synchronizer sleeves instead of sliding gears. The synchronizers will enable quicker shifts, greatly reduce gear clash, and permit down-shifting into any forward-speed gear while the car is moving. All forward-speed gears in the transmission are helical-type, however, the reverse sliding gear and the exterior of the first and second-speed synchronizer sleeve are spur-type gears. 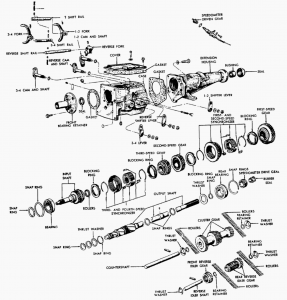 The Toploader was used in production from 1964 to 1973 in almost every model Ford car and a few foreign cars. 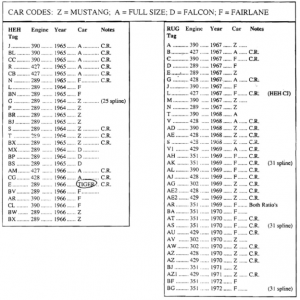 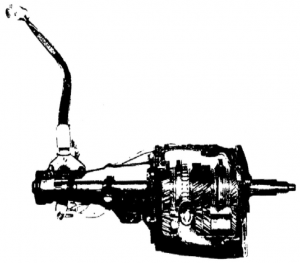 Transmission Identification tag is located between the ears of the case on the right hand side, passenger side of the car.

Mike reports that this info came from Dan Williams of Franklin, N.C., a Toploader expert who offers parts and rebuilds.