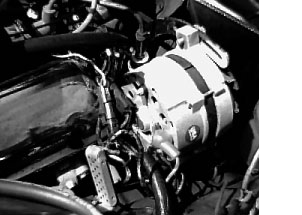 Have you always wanted to convert to an alternator electrical system in your Tiger, but were just a bit too intimidated by it all? Me too, until I had a revelation and the smoke cleared. The approach I’m going to describe will work with any one-wire alternator. For this article, I used an older 1966 Mustang type alternator, which requires an external voltage regulator. I purchased a one-wire regulator conversion kit from AMK that mounts to the back of the Ford alternator. Newer, one-wire alternators do not need this kit.

Make a “Dummy Voltage Regulator” that appears factory original but is just a wire junction box to attach the wire harness. Here is all you need to do:

Congratulations you now have a “Dummy Voltage Regulator” that still appears factory original.

The design started at the two cylinder head mounting-bolt holes and the alternator pivot point. I transferred the drawings to plywood and mounted the plywood bracket to the engine. Plywood makes a very cost effective and easy way to check your design. In the first iteration, the pivot point was way wrong. The 2nd iteration put the pivot point too low leaving no clearance for the brake line four-way connector. Finally I got everything right including a rough plywood adjustment arm. Here are the dimensions of the final details. These dimensions are good for the Autolite Alternator I used. Your alternator may be different, so adjust any numbers as needed. Be ready to remove extra material to gain clearance for the alternator and its adjustment swing.

Note: The alternator pulley alignment to the engine pulley is the most critical measurement of this design and must be carefully checked at each step. Different alternators may have a different pulley spacing.

Parts for the Alternator Bracket

I transferred the final drawings to two pieces of 1/8” steel and two pieces of 3/16” steel. I then cut them out and welded the parts together, making a very sturdy mount. After I cleaned up the welds and applied some paint, the bracket was ready. 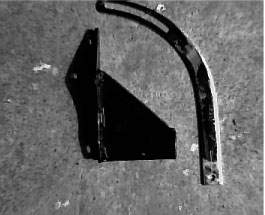 The adjustment bar, shown here, turned out to be easy. I purchased a Mr. Gasket universal adjustment bar # 9851, cut it back 2.6”, drilled a new mount hole and opened up the adjuster slot for a 3/8” bolt. I’m sure Ford or someone made an adjustment arm that would work I just did not have one.

Here are the steps to mount the Alternator to the engine.

To be absolutely safe, put a big piece of clay on the high point of the alternator and close the hood carefully and check the clearance.

The following instructions are for the Ford Autolite Alternator with an added one-wire regulator. Wiring the new Alternator is quite simple since all the original wires in the harnesses are used. See the wiring schematic below. 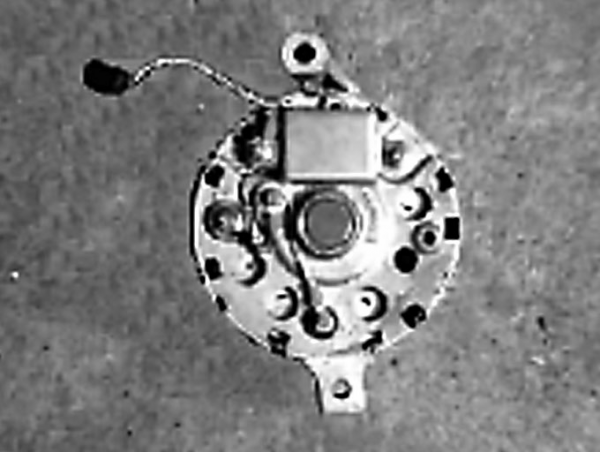 Note: The ignition warning light wire is the only wire that moves in this conversion, it moves from the “A” post to the “F” post.

Caution: The amperage range of the ammeter should match the output of the alternator used in the installation to avoid possible damage the gauge. Although I did not change my 30-amp ammeter, I have had no problems to date.

This is a template of the mechanical parts. Don’t forget the alignment of the fan belt. 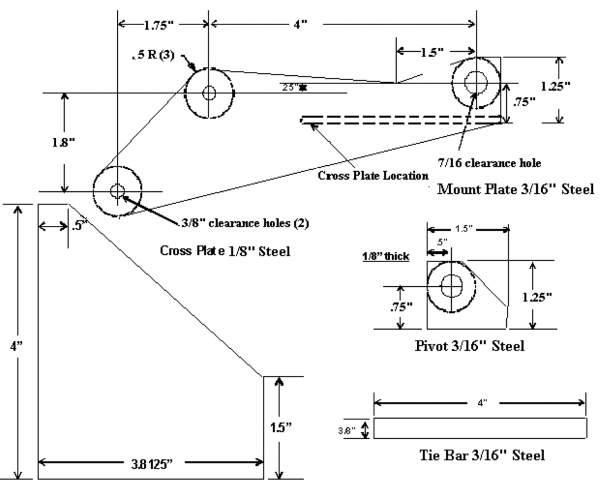 This is the wiring schematic for rewiring of new alternator and the “dummy” regulator which will get you past the purist concours judges. But it will also work, which is the important thing. 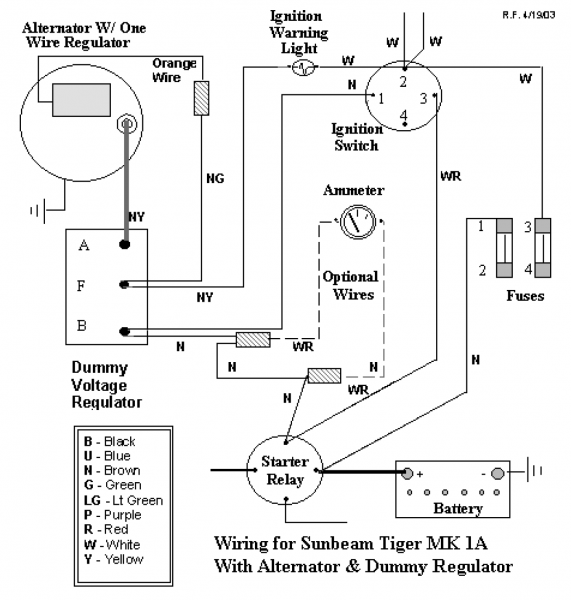