The Connecticut MG Club proudly announces plans for its 26th Annual Gathering of British marque vehicles, BRITISH BY THE SEA.

The 2013 show will take place on SUNDAY, June 2nd at Harkness Memorial State Park in Waterford, Connecticut. More than 325 vehicles are expected to be on display and competing for prizes in 35 classes. Such famous British Marques as MG, Triumph, Lotus, TVR, Rover, Morgan, Sunbeam, Austin Healey, Cooper, Rolls Royce and Jaguar, to name a few, will be on display. British trucks and motorcycles will also be included in the gathering.

Participants come from throughout New England and the Mid-Atlantic states to take part in this popular gathering on the beautiful Harkness Memorial State Park grounds, which are located right on Long Island Sound.

There is no admission charge for spectators to see the field full of fabled beautiful LBCs (Little British Cars) cars on display; however, the State will charge a parking fee for spectator vehicles. Visitors are encouraged to bring a picnic and enjoy the park’s scenic facilities. Food and auto related product vendors will be present at the show.

This year the auto products vendors will be located on the main field near the cars on display and there will be additional food vendors to provide more variety and reduce waiting time.

British By The Sea is held “rain or shine.” 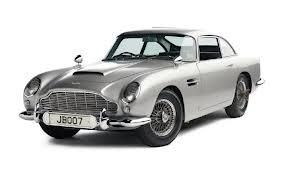 The featured Marque for British by the Sea this year is the Aston Martin, in celebration of the 100th Anniversary of the founding of the company that manufactures this rare, but world famous sports car. In its century of operations there have been only approximately 60,000 cars produced, 90% of them, however, are estimated to still be in existence.

The Aston Martin was, of course, made famous as the car driven by 007 – James Bond. A special prize will be awarded to the best Aston Martin at the show.

Etched Glass mugs will be awarded for first, second and third place in each class, plus special awards will be presented to the best Aston Martin, Marque of the Year and for the car judged “Best in Show”.

Car enthusiasts who wish to enter a British marque car or vehicle may obtain additional information and registration materials from the show’s co-chairpersons, Annie and Steve Wincze via email at: MG****@co*****.net, or via phone at (860) 693-4249 or on the Club’s Website.

From Hartford area: take Route 91 southbound onto Route 9 south. It will merge with Route 95, go northbound on Route 95, take Exit 75. Bear right at the end of the exit, you will be on Route 1. Proceed 3 miles to the light at Avery Lane (Route 213), turn right and follow to the park. Avery Lane will become Great Neck Road. The park will be on your right.

From New York and New Haven areas: take Route 95 northbound, Exit 75. Bear right at the end of the exit, you will be on Route 1. Proceed 3 miles to the light at Avery Lane (Route 213), turn right and follow to the park. Avery Lane will become Great Neck Road. The park will be on your right.

The Connecticut MG Club has approximately 280 members from throughout Connecticut, with a few members from neighboring states. The club meets monthly at Farrells’s Restaurant on Route 66 in Portland on the first Tuesday of each month at 7:30 PM. Regional groups in Fairfield, Torrington, Hartford, Middlesex and New London also hold meetings and conduct events during the year.

Additional information on the club and British By The Sea, as well as registration forms and pictures from prior years, may be found at the club’s website: www.ctmgclub.com