The list below is shown with the most recent addition shown first.

Forums Table of Contents is here
Find all posts (listed not in a category but in order, newest on top)

You need a later screw-on filter base, oil pressure relief valve (OPRV), the oil filter, and a new gasket. I know Rick sells the gasket – part # FG5. His catalog does not list the filter base or OPRV. I never found a parts seller offering the OPRV for sale. The filter base and OPRV come for sale on EBay periodically.

There were at least two screw-on filter bases with corresponding OPRVs. There was the original OPRV used pre-series V and it was re-introduced during the series V run. It has a steel tube and screw threads at the opposite end of the hex head.

The OPRV introduced at the start of the series V has a brass tube, a smaller diameter tube, and the threads just inside the hex head. It tends to stick open, which happened to my series V. Folks think this OPRV was abandoned during the series V run due to the sticking issue.

I don’t know if the canister filter base has an OPRV that will transfer directly to the screw-on filter base.

Here are the screw-on filter blocks, with the redesigned series V OPRV on the left. 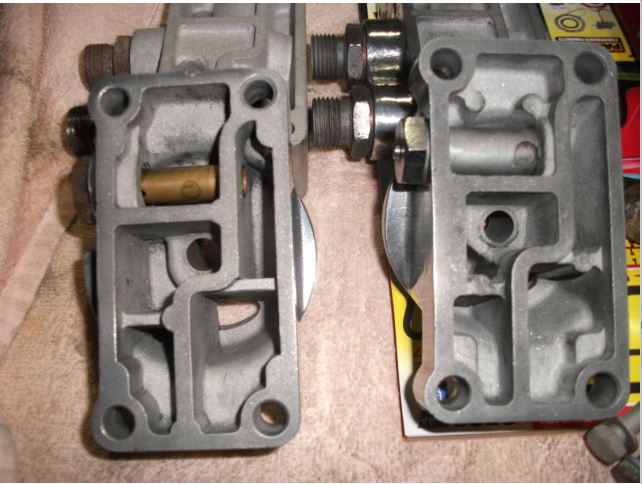 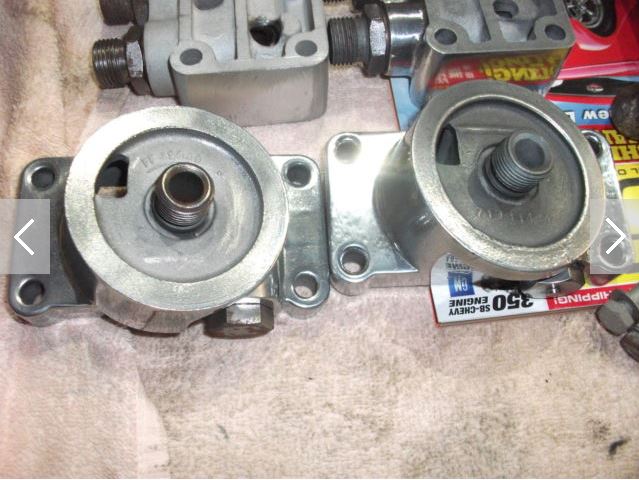 Here’s an earlier & later style OPRV that you will want to use: 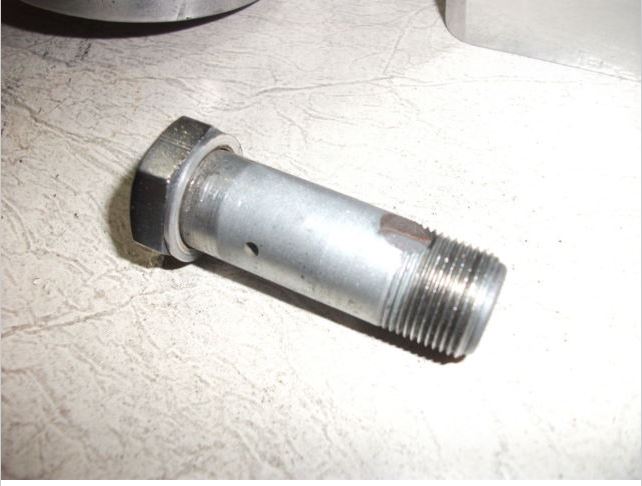 Here’s a redesigned series V OPRV you want to avoid. Ignore the extra bolt mounted in the head. I ruined the one in the picture trying to modify it to have adjustable spring tension. 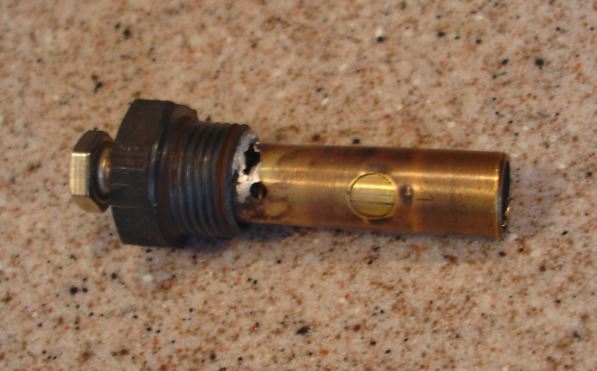