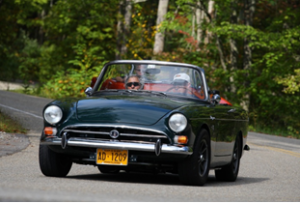 I first joined TE/AE in 1991 after buying a Series V Alpine while living in Texas. I had a great time working on and driving the car culminating in a 3200 mile trip to SUNI II in Lake Geneva, Wisconsin with my good friend Mark Gessler. We had a great time and it’s an adventure that I’ll always remember. Soon afterward, I purchased my first Tiger and had fun with it but decided to look for something better to start with as a restoration project. My current Tiger is a ’66 Mk1A that I restored from a shell and many boxes of parts. I really enjoyed the experience and was able to do everything myself except for the paint. Along the way I wrote several articles that have appeared in the Rootes Review and on various websites. Jackie and I drive the car regularly and have had great fun with it over the last several years. I recently finished building a new higher performance engine for the car which Jackie and I drove the 1600 mile round trip to the Atlanta United.

I have attended many TEAE events over the years including most of the Uniteds since 2000. In 2008 I chaired United XXVIII in Potomac, Maryland and in 2012 United XXXII in St. Michaels, Maryland. I had great support from several folks and we managed to pull off very successful Uniteds. I’ve served as Vice President and my current roles are Board Member and the Chesapeake Region Representative.

I’m a graduate of the University of Kentucky with a degree in Mechanical Engineering. My early career was concentrated in the Aerospace industry designing missile launching systems and flight simulators for DOD and NASA. In 1999 we pulled up stakes and moved to Maryland where I took a position in the biotech field concentrating on software development and IT. In 2009 I decided to go back to my Engineering roots and joined a small startup called Combined Technology Solutions. We’re developing a host of new technologies aimed at improving the efficiency and performance of internal combustion engines. I am also the Chief Technology Officer and head engineer for ePour Technologies which manufactures wine by the glass dispensing systems. A couple of years ago I started a hobby business, Veloce Solutions, where I produce modern lighting and electronic systems for classic vehicles.

My wife Jackie and I have been married for 35 years and have 2 sons age 25 and 21. Jackie and I love to cook and enjoy entertaining on a regular basis, along with driving the Tiger whenever we can. I enjoy all things automotive and along with the Tiger have a 1959 Abarth Zagato that I vintage race, and a 2000 BMW M Roadster. I’m also very honored to serve on the senior council of the Board of Directors of the Treatment and Learning Centers, an organization dedicated to improving the lives and expanding the possibilities of individuals with special needs. I feel that my long association with TEAE and senior leadership experience will be a great help in this position as we look to enjoy and promote our Rootes Group vehicles. 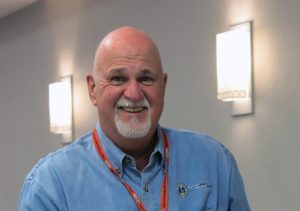 I have been a Sunbeam owner and club member for six plus years and have enjoyed meeting club members and other classic car enthusiasts at various car events and club activities. I have served as club secretary for four years. I assisted in organizing United XXXII in 2013 and have been helping to plan for United XXXVI here in Virginia next year. This past September I was honored to receive the Lord Rootes Trophy. Many club members have been a great help to me in finding and maintaining my Sunbeam and I look forward to contributing something back to the club, its members, and the marque we all love.

Originally from New York, I currently reside in Alexandria, VA. I am a graduate of Norwich University in Vermont and I also hold master’s degrees from the U.S. Naval War College (Strategic Studies) and Long Island University (Criminal Justice.) I spent 22 years as a Special Agent with the Naval Criminal Investigative Service (NCIS); and more recently I worked for a Defense Department contractor after retiring from federal service. I completely retired about 3 ½ years ago, although I do teach a graduate course in International Relations for Webster University at one of its satellite campuses in the Washington, DC area. 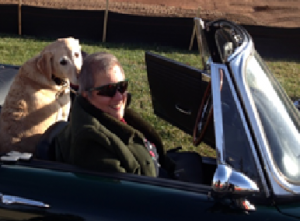 I have attended many TEAE events over the years with my husband Joe. I have helped with both the 2008 and 2012 Uniteds Joe hosted in Potomac and St. Michaels. I love riding in the Tiger and especially enjoyed running the Tail of the Dragon at the Pigeon Forge United. This past September, Joe and I drove 1600 miles round trip to Atlanta, GA for this year’s United.

I have a BBA from the University of Houston Clear-Lake and an AA in music from Henry Ford Community College. I have played jazz flute in a variety of small groups. Now I am a Director of Marketing for an accounting firm and work from home.

I know that Joe and I will work well together in our respective positions.

I have been a club member since 2012 and have owned my first Sunbeam for eight years, having purchased my first Tiger in 2009. I grew up in a “Ford Family” and saw my first Tiger, which started my interest in the marque, when I was in high school and working at a Mustang restoration and parts shop. I also own a 1965 Mustang Convertible, a 1964 Falcon Convertible, and a 1969 Bronco. I have enjoyed my interaction with other club members at the annual United and other car events and would like to make a greater contribution to the club and marque.

I currently reside in Washington, D.C. with my wife Heather and our two daughters Kate, 11 and Laine, 8 years old. I hold a Bachelor of Science in Electronic Engineering with emphasis on solid state technology and I have been an employee of the Department of the Navy for almost thirty years. When not playing in the garage, I enjoy time with family and I am currently working on my master’s degree from the U.S. Naval War College.

Joe McConlogue – Candidate for Board of Directors 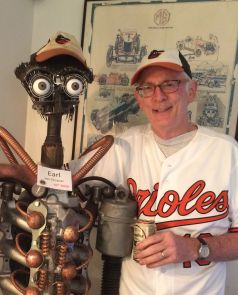 I bought my first Series V Alpine in 1972, and have owned one or more ever since. Kerch and I took the first one on a camping trip through Ontario while in college. Back then we thought we had one of only a half dozen Sunbeams on the east coast! We joined TEAE in 1990. Then in 2001, we purchased an Alpine with overdrive in Oklahoma and drove it home to Baltimore over the July 4th weekend. What a difference the overdrive made!

I took over Membership Chairman duties from Curt Hoffman in late 2013 and I’m continuing in that role. Kerch and I were honored to receive the Lord Rootes trophy in 2015. We have enjoyed the Uniteds and hosting the BASH at our home in Harrisburg for the last several years, and look forward to doing it again next year. I hope to be a part of keeping TEAE the great club that it has been for many years.

I graduated from Lehigh University with a BS in Electrical Engineering and spent 40 years designing and building power plants of all types all around the world. I was lucky enough to travel to many foreign places and meet many interesting people. I still do a little consulting to fund my British car hobby.